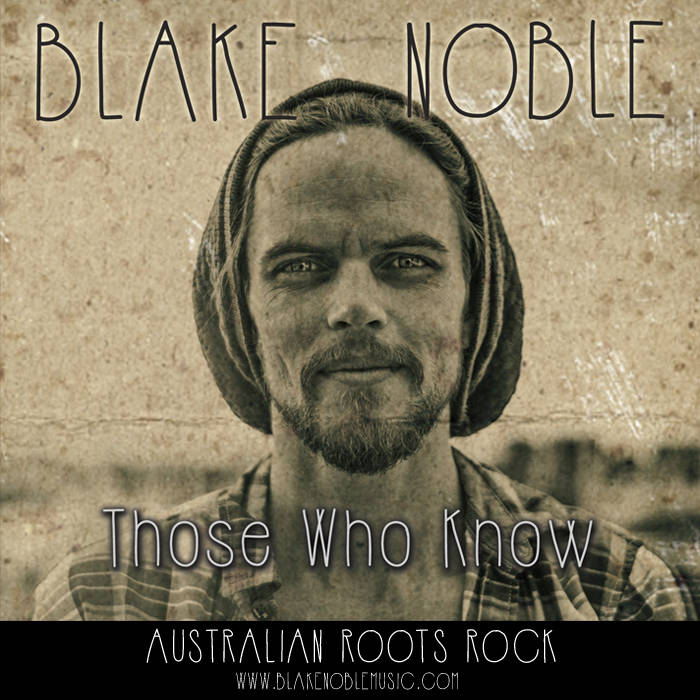 "Some artists push boundaries with edgy lyrics, some with orchestras of myriad instruments, others with dark personal content. Noble pushes boundaries alright, but his are physical as well as psychological. How fast can one play a 12-string? How many instruments can one play at the same time? How much emotion can one wring out of a single chord? He hammers against these walls, letting the music speak for itself - good-humoredly, wonderingly, rambunctiously - without forcing ego into the equation. It's a delicate talent, and like Noble's fleet fingers and grounded energy, it shines throughout Those Who Know."
Brandon Taylor, Seattle Music Insider
Full Review: seattlemusicinsider.com/2015/06/17/album-review-know-blake-noble/

The new album from Aussie multi instrumentalist Blake Noble brings with it a full band, which delivers an electric mixture of Aussie Roots with American Rock and Bluegrass. Featuring the Australian Didgeridoo, the obvious passion from Noble shines through in tracks like 'Tribe' and 'Evolution'. Rapid fire finger picking in the energetic 'Warrior' will satisfy your Roots/Rock cravings. Funk has not been forgotten with 'Pulse' providing catchy and syncopated riffs courtesy of Noble's signature Percussive style, along with a solid rhythm section from Joel Hoyer (Bass) and Chris Lucier (Drums). A new addition to the sound is Matt Rieger on Slide Guitar/Dobro and Banjo. This new sound draws on influences from John Butler, Ben Harper and Xavier Rudd. Fans of Blake's solo tunes will be pleased to learn of a brand new recording of a live favorite 'Bundjalung' which features the Lap Tap Percussive Guitar style that he is known for, as does the new Lap Tap tune 'Decatur Island'. Add to this the country swagger of 'Woodchuck', and the beautiful solo fingerstyle piece 'Lattimore', and perhaps then, you will know.

"Noble doesn't stop at riffing on aboriginal music, he weaves funk , blues and rock into songs, devouring influences for fuel. Blake plays the whole damn guitar too, bending notes until you're sure a string will pop, tapping, hammering on, and bending the fretboard until you're sure the neck will crack, and relentlessly drumming on the body of his guitar." -By Sean Jewel of Line Out ... more

Bandcamp Daily  your guide to the world of Bandcamp

Featured sounds by K.Spark and WIZDUMB, plus Basi joins the show to discuss his latest release.